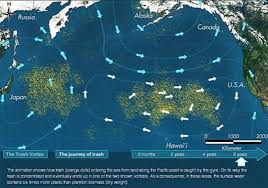 As you well know, I mostly focus on climate change in my postings.  Not today.  With the climate change crisis growing exponentially every minute, it’s easy to forget about all the other environmental issues that are a mortal threat to our personal health and that of the planet.  I presume that you know that plastics mostly do not degrade and can stay in the environment for centuries.  (https://blogs.ei.columbia.edu/2011/01/26/our-oceans-a-plastic-soup/)  Furthermore, it breaks up into tiny particles which show up in a vast amount of sea life which we end up eating.  And then guess where it ends up???

“And this week, researchers discovered tiny plastic particles within human organs such as the lungs and kidneys.”

You’ve been hearing about the enormous amounts of plastic that is washing into the oceans and how horrific this is. Unfortunately, this article reports on new research that shows how much worse are the circumstances than previously thought.

“There is at least 10 times as much plastic in the Atlantic Ocean as previously thought, according to new research published this week.”

“It’s just three types, limited size, limited volume of the ocean, we looked at,” Pabortsava said. “It’s just a fraction. It can be a lot more.”

“The amount of plastic projected to go into the ocean is expected to like triple by 2040,”

“Removal of tiny plastic from the ocean is “impossible,”

Why is it that while we know this is happening and poisoning all living things we keep on doing it like it doesn’t matter or there’s just nothing we can do about it?  But actually, there are efforts to figure out how to clean up the oceans, at least to some degree.  More importantly, some are actually proposing to cut off the supply of plastics in order to mitigate and, maybe someday, eliminate the source of the scourge.

“Tom Udall’s (D-N.M.) introduction of the “Break Free From Plastic Pollution Act” is a step in the right direction to “turn off the tap of plastic.””

Of course, no action will occur without a Democratic Senate and President.  We have less than 60 days to vote for change. As others have said, we need to vote as if our lives (and health and health care) depend on it: because it does.  And we need to get everyone else we know that is going to vote for Democrats to the polls especially if they live in a swing state.  I’m making GOTV (get out the vote) calls.  What are you doing?  If Trump wins this election, what will you be able to tell your kids and grandkids you did to stop this from happening?

There is at least 10 times as much plastic in the Atlantic Ocean as previously thought, according to new research published this week.

In a study published in the Nature Communications journal, researchers from the United Kingdom’s National Oceanography Centre found high concentrations of microplastics in the top layers of the Atlantic Ocean.

“It is a fairly staggering amount of the plastic contamination that we see in just 5% of the Atlantic volume so far,” said Katsiaryna Pabortsava, the study’s lead author. “We came to the conclusion that the pollution of the Atlantic in general is much higher than we previously thought it was.”

Researchers set out to answer the question of where 99% of plastic pollution is in the ocean through analyzing three types of plastic in the upper 300 meters of the Atlantic Ocean.

Previous estimates of plastic accumulation in the Atlantic totaled between 17 million and 47 million metric tons from 1950 to 2015.

The study found between 12 million and 21 million metric tons of only three plastic types in the top 5% of the ocean.

“It’s just three types, limited size, limited volume of the ocean, we looked at,” Pabortsava said. “It’s just a fraction. It can be a lot more.”

Kim Warner, a senior scientist at Oceana who was not a part of the study, called this research “marvelous work” and praised it for confirming what scientists had long suspected about levels of plastic in the ocean.

“This is really a groundbreaking study that plugged a lot of our ignorance about where and what sizes of plastic there are in the ocean and where they reside,” Warner said.

Recent studies have discovered the persistence of plastic in the environment and humans.

And this week, researchers discovered tiny plastic particles within human organs such as the lungs and kidneys (E&E News PM, Aug. 17).

The presence of plastic in the ocean is expected to climb unless mitigation efforts mount.

“The amount of plastic projected to go into the ocean is expected to like triple by 2040,” Warner said. “So if we don’t stop right now, these problems and what they’re finding in the ocean will only get worse.”

Removal of tiny plastic from the ocean is “impossible,” Pabortsava said, but stopping the source of plastic coming is an action individuals can take.

“We can actually help if we can stop the source of plastic into the ocean at this stage, and that can simply mean reuse, recycle and dispose of plastics properly,” Pabortsava said.

Warner said that Sen. Tom Udall’s (D-N.M.) introduction of the “Break Free From Plastic Pollution Act” is a step in the right direction to “turn off the tap of plastic.”

The legislation includes a three-year pause on permits for new plastic plants and a ban on single-use plastics (E&E Daily, Feb. 12).

Pabortsava said more studies are needed to understand how much plastic is floating in the depths of the ocean and to guide policymakers on mitigation strategies.

“Those evidence-based information can then be taken up by the policymakers, for example, if they are to develop mitigation strategies or policies,” Pabortsava said. “They have to be based on the evidence, hardcore evidence from the scientists.” 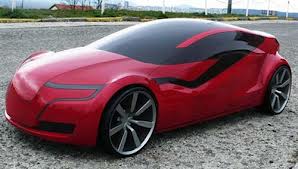 Revolution in Cars and Trucks on the Way

Which Side Will You Be On?