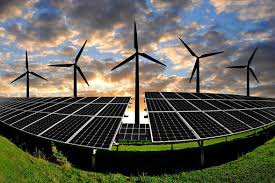 Let’s stay on the topic of the demise of fossil fuels to boil water to create steam to run the turbines that create electricity for the power grid.  In a recent article I sent you I said “it’s clear that fossil fuels are toast.”  And the hits keep rolling.

You don’t have to be a brain surgeon to figure this one out.  It’s simply cheaper to build renewable power, wind and solar,  with battery backup, than to maintain coal plants or, AND THIS IS THE BIG NEWS, convert a coal plant to natural gas.

A while back there was the imperative to switch coal burners to cheap natural gas to reduce both costs and CO2 emissions.  A few years ago that logic was discarded to simply going to renewables from coal.

Now that’s exactly what is happening because it’s the cheapest way to deliver power.  So, why would anyone build a fossil fuel power plant anymore?  It is simply a bad investment.

The future has arrived.

“The plan, announced by Vectren Corp., would reduce the utility’s reliance on coal from 78% this year to just 12% by middecade.”

“the utility would shutter most of its coal-fired generation by 2023 and add more than 1,000 megawatts of wind energy and solar, some of which would be paired with battery storage.”

“Replacing the units with wind and solar energy, meanwhile, will reduce the utility’s carbon emissions by 75%.”

“The electric utility serving southern Indiana’s coal country yesterday announced a plan to transition swiftly from coal to renewable energy as part of a strategy it said would save consumers more than $300 million and slash carbon emissions.”

Here are a few more recent headlines with a salient quote from the article.

“It will be feasible to power the U.S. on 90 percent clean electricity by 2035 thanks to stunning declines in the costs of renewables, a new study finds.”

“The United States could transition to 90% carbon-free electricity by 2035 while lowering consumers’ bills and without posing a threat to the electric grid’s reliability, according to a new analysis from researchers at the University of California, Berkeley.

Led by experts on energy systems and public policy at UC Berkeley and involving consultants from GridLab and PaulosAnalysis, the study assesses what would be theoretically possible for policymakers to do without upending the electricity system or putting increased pressure on ratepayers.

It ponders a level of decarbonization that goes far beyond what many energy analysts expect to see in the coming years. In a January outlook, the U.S. Energy Information Administration projected that renewables would make up between 38% to 50% of the nation’s power mix by 2050, depending on how quickly costs fell.

The UC Berkeley team found that cost declines for wind and solar power and energy storage have continually exceeded expectations in recent years, based on an examination of project bids submitted by wind and solar generators.”

“installed capacity for wind and solar continues to soar across the world, and further growth is expected as fossil energy giants announce plans to invest billions of dollars more in their ongoing aggressive shift to carbon-free energy sources.” The electric utility serving southern Indiana’s coal country yesterday announced a plan to transition swiftly from coal to renewable energy as part of a strategy it said would save consumers more than $300 million and slash carbon emissions.

The plan, announced by Vectren Corp., would reduce the utility’s reliance on coal from 78% this year to just 12% by middecade.

Vectren, a unit of Houston-based CenterPoint Energy Inc., is the second Indiana utility to announce a massive shift away from coal in the past two years and comes in spite of intense lobbying by Indiana’s coal industry to slow the retirement of aging plants.

In late 2018, Northern Indiana Public Service Co. announced a plan to shut its coal fleet within a decade — most of it by 2023 — and replace much of the capacity with renewables.

Vectren’s announcement is similar. Under a “preferred portfolio” that’s the core of a 20-year integrated resource plan (IRP), the utility would shutter most of its coal-fired generation by 2023 and add more than 1,000 megawatts of wind energy and solar, some of which would be paired with battery storage.

The full IRP will be filed with Indiana regulators by the end of the month.

The utility said shutting three coal units will save an estimated $700 million that would be required to meet environmental regulations. Replacing the units with wind and solar energy, meanwhile, will reduce the utility’s carbon emissions by 75%.

“When you have a utility in the heart of [the state’s coal-producing region] that says we’re only going to be 12% coal in 2025, that’s huge,” said Kerwin Olson, executive director of the Citizen Action Coalition. “It’s especially huge understanding what’s been happening politically, on the ground, in Indiana.”

The Indiana Coal Council has pushed back against utilities at the Indiana Statehouse and the Indiana Utility Regulatory Commission to replace coal plants with cleaner energy (Energywire, Aug. 2, 2019).

Coal producer Sunrise Coal LLC, a unit of Hallador Energy Co. that supplies coal to Vectren, hired former EPA Administrator Scott Pruitt as a lobbyist in the final weeks of the 2019 legislative session. Pruitt renewed his registration for 2020 but hasn’t been a visible presence at the Statehouse.

The GOP-controlled General Assembly passed H.B. 1414 this spring, which requires utilities to get approval of state regulators before they close a power plant (Energywire, March 11).

The temporary measure was meant to serve as a “pause” on plant closures while a legislative task force continues its study of the state’s power grid. But critics, including a prominent Republican state senator, characterized the bill as an unnecessary bailout of the coal industry.

The Vectren plan represents not just a dramatic shift from the status quo but also a big departure from a previous proposal by the utility to replace much of its coal capacity with a new $900 million natural gas plant.

The gas plant proposal was rejected by state regulators, who sent Vectren back to the drawing board.

Lynnae Wilson, chief business officer for Vectren’s Indiana electric utility, said in a statement yesterday that the new plan “considers a broad range of potential conditions and variables to determine a preferred fuel mix which allows Vectren to meet future electric energy demand in a safe and reliable manner.”

The plan does call for adding 460 MW of combustion gas turbines in 2024 and continuing to operate the 270-MW Culley 3 coal unit.

Olson said his group may still challenge those aspects of the plan. Still, he said the plan offered by Vectren makes a statement about the direction Indiana’s energy market is headed.

“Despite an enormous effort by the coal industry, the market has spoken,” he said. “Utilities are saying these old dinosaurs are done. We’ve known that for a number of years. This is just further evidence. 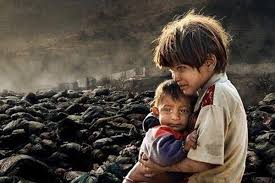 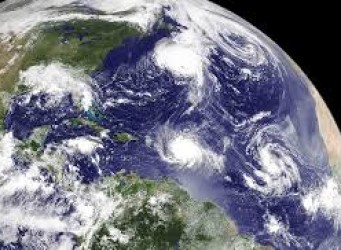 2017 Most Deadly and Costly Yet