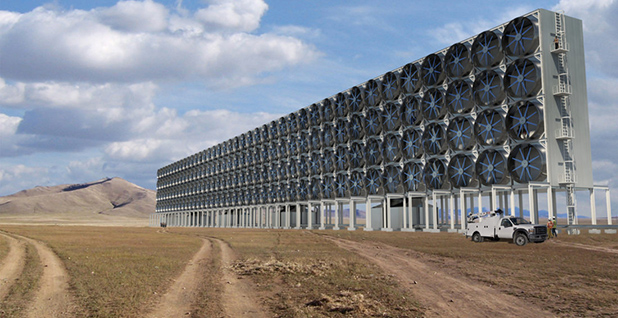 In my last post the other day I wrote about how a new method of producing concrete has the potential of removing massive amounts of CO2 from the atmosphere if adopted as the only way of cement production on a world wide scale.  It is becoming increasingly certain that to keep the climate from destroying our way of life we not only need to end the burning of fossil fuels very quickly but that in addition we’re gonna have to find a way to suck out the CO2 currently in the air and that we are still continuing to pump into it at record levels.  In addition to the cement solution there is a great deal of other research going on to accomplish this.

The following article discusses this effort and the means necessary to help make it work in a timely fashion.  Essentially, we need to promote the R & D in any way possible especially with government incentives.  That seems unlikely under the current Administration but this one won’t be here forever so we need to be debating and designing these alternative measures now so that we can enact them as soon as the “climate” is right for doing so as part of a comprehensive endeavor to save the planet’s climate that supports our civilization.

“a new report out yesterday makes the case that removing carbon from the air is more than just a fantasy. Rather, it should be part of any plan to limit the worst effects of global warming.”

“the study argued that the industry needs significant help from federal policymakers.

Only $11 million in government funding has been directed so far toward direct air capture, and many times that figure is needed to improve the technology and bring down costs, the report argued.”

“the best use for technologies such as DAC would be part of a broad, multiprong solution to climate change.”

“We need to do everything,” Larsen said. “There’s no either-or.”

Removing CO2 From the Sky Floated as One Fix for Warming A concept drawing of direct air capture technology that could remove large quantities of carbon dioxide from the air. Carbon Engineering Ltd.

Of all the potential solutions to climate change, there’s something almost magical about the futuristic technology of direct air capture.

Too much carbon in the atmosphere? Then let’s build giant machines that can suck out greenhouse gases.

Of course, reality is a little different, but a new report out yesterday makes the case that removing carbon from the air is more than just a fantasy. Rather, it should be part of any plan to limit the worst effects of global warming.

“If deployed at gigaton scale by mid-century, DAC (direct air capture) has the potential to make a major contribution to the global response to climate change,” wrote analysts with the Rhodium Group, an independent firm that specializes in climate and energy research.

That ambitious target is still a long way off, however.

A gigaton represents a billion metric tons, and the current workload of air capture efforts doesn’t come close to that amount.

“Dedicated academic researchers and three commercial DAC companies have worked diligently over the last decade to improve the performance of the technology,” wrote the authors of the Rhodium report. “Collectively, these companies have built 11 DAC plants around the world, the largest of which is located in Alabama and is designed to capture 4,000 tons per year.”

To even have a chance at approaching the gigaton level, the study argued that the industry needs significant help from federal policymakers.

Only $11 million in government funding has been directed so far toward direct air capture, and many times that figure is needed to improve the technology and bring down costs, the report argued.

It also recommended that Congress and the White House do more to encourage the use of fuels derived from the process of direct air capture.

“Congress can expand eligibility for the Renewable Fuels Standard or establish a standalone mandate for very low-carbon, drop-in fuels to increase consumption of DAC-derived fuels,” it noted.

The study authors observed that there likely would be a huge upfront cost for the first few plants that attempt DAC. An investment tax credit could be an “effective way to relieve developers of some of these costs and reduce breakeven prices for DAC overall,” they wrote.

The case for DAC comes amid a flurry of proposals on how to address climate change.

They range from massive infrastructure programs such as the Green New Deal to pocketbook remedies such as a tax on carbon emissions. DAC isn’t alone in its approach to the problem. A related technology, often called carbon capture, is designed to pull emissions directly from a major source of carbon pollution, such as a fossil fuel power plant.

Significantly, options such as DAC enjoy broader political support than proposals such as the Green New Deal — a frequent punching bag for Republicans.

Earlier this year, Sen. John Barrasso, a Wyoming Republican who has described the Green New Deal as “radical,” introduced legislation that would support more research into DAC.

“Congress needs to help make American energy as clean as we can, as fast as we can, without raising costs on consumers,” said Barrasso in a statement. “Carbon capture and utilization technologies hold the key to major emissions reductions.”

One criticism of this approach, however, is that these technologies would provide a lifeline to the continued use of fossil fuels.

“By entrenching fossil fuel interests and promoting continued reliance on fossil infrastructure, geoengineering distracts from more viable solutions and threatens to exacerbate the climate crisis, while exposing large parts of the world to new and significant risks,” wrote the authors of a separate report put out in February by the Center for International Environmental Law.

To that point, John Larsen, a Rhodium Group director, said the best use for technologies such as DAC would be part of a broad, multiprong solution to climate change.

“We need to do everything,” Larsen said. “There’s no either-or.” 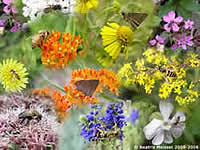 Bees: On the Other Hand… 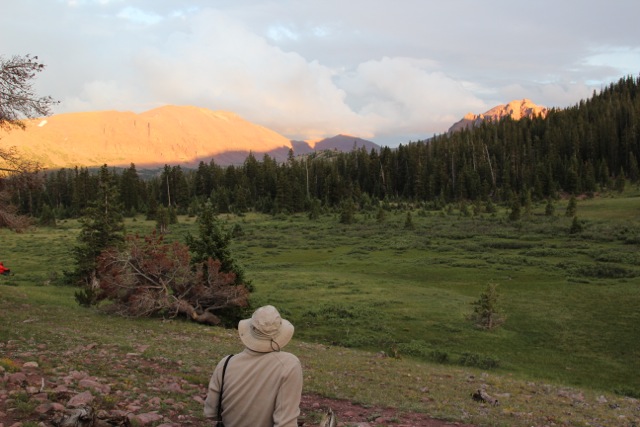